Weekend and Birthday wrap up

Hi all! So I’m behind again on blog stuff sorry! On Monday I wrote a long ranting post, but then the internet was too slow to load pictures so I decided to wait till later to post. Later I forgot all about it, and now that I have circled back around I’m kinda over the rant. Well mostly over it…. As is expected with all expats at (some point) I finally had my first major downer on living here. It was bound to happen, and I’m climbing back out of the hole now (thanks book club!). The combination of still being sick (this is week three), struggling with what I want to do/ feeling twitchy about not doing anything, the internet being slow, and a few other random that’s just Morocco type stuff really kinda put a damper on my weekend.

Fortunately for me I have David who did his very best to make my birthday weekend fun and special even if I was a major Debbie downer the whole time. 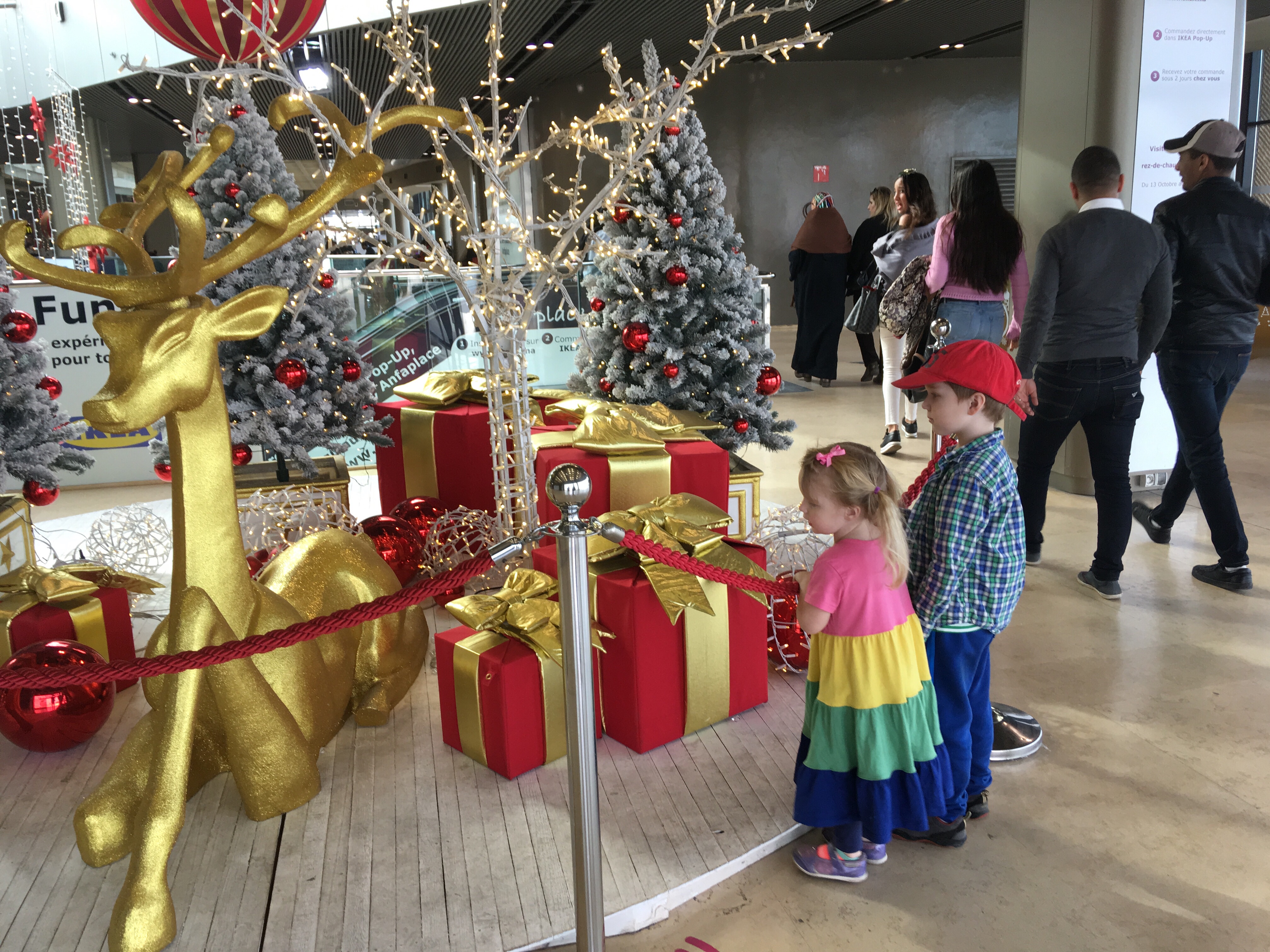 We went to the mall in search of a holiday market. The market was a bust, and the outing basically only served to remind me how much I truly hate malls. Too many years in retail have really ruined them for me 😉 But the kids had fun so that’s worth something right?

They really enjoyed the mall rides… Malls are surprisingly similar no mater what part of the world you are in!

Handprints with water = a good 15 minutes of entertainment 😂

Indian food birthday lunch (because they don’t open for dinner till 7pm and that’s tooooo late for our little people. It was delish!